A downloadable game for Windows and Linux

In 1957, the Soviet Union launched Sputnik 2. On board the spacecraft was a single dog, named Laika. When Laika returned to Earth, the Soviet scientists discovered something profound: dogs in space experience extreme cognitive enhancement. The following year the Soviet space program would be dedicated solely to studying the effects of space on canine intelligence...

The Communist Dogifesto is a science fiction first-person shooter set on a Soviet space station in Lunar orbit, which has been used as a platform for experimentation on the Russian space dogs. Unfortunately, dogs this deep in space have more tricks in their vac suit than the scientists accounted for. Now Laika has taken over and you are the only one left who can take back the station, or at least attempt to escape with your life!

In order to survive and defeat Laika and her robotic footsoldiers, you will have to gain new abilities with tech upgrades, recycle scrap materials you find lying around into usable items, read data logs written by the ousted humans to find keycodes and to explore new areas of the station, and do a lot of good old fashioned shooting!

Features a hand-designed space station to explore, eight unique tech upgrades to choose from, pages of in-universe data logs from the scientists and other staff which reveal the nature of the work done on the station as well as vital information to access new areas and items, and several different endings based on in-game actions.

After purchasing you will gain access to binaries for both Windows and Linux, as well as the full source code of the game.

This is a very cool game! Keep it up!

Where do you get the Steam key?

You can claim a Steam key for your purchase just like any other itch game which has them. You can see instructions for it in the itch.io help pages here: https://itch.io/docs/buying/already-bought

There's no such link to get a Steam code.

Send an email to thecommunistdogifesto@gmail.com (from the email you used to purchase the game) and I will send you a key

I just played the new release and I must say I was well entertained for about 4 hours, though hardcore gamers may finish it in 2 hours on their first run.

The game has good pacing and an interesting storyline and the graphics style is a rather unique blend of oldschool aesthetics and modern effects. Music and sound emphasize the dark atmosphere of the game.

There is a lot of replayability in the game as it has various tech upgrades that give you special abilities but you cannot use them all in one run. Cool for experimenting and also allows for various difficulty levels this way.

If there's one thing I must complain about then it's the menu, which takes a bit more getting used to than I'd like, but that doesn't make the game itself any worse.

All in all, the game is totally worth its price.

The Communist Dogifesto is 3-5 hours of System Shock Lite. It takes a bit to get a feel for the combat system, and the early game is rather hard, but the upgrades stack over time to make the game more manageable (though the end still manages to test your mettle).

The plot in this game is handled rather well, I think, being delivered almost entirely in datapads, which will have you hunting around the ship to different rooms to work out what people wrote about in their data pads. All of this can be easily done without any sort of map marker, which is a testament to the design and layout of this space station (even if it isn't *super* large).  Another virtue of this game is that it doesn't outstay it's welcome, putting just the right amount of plot and erring towards generosity in upgrades.

Some elements to be aware of, that I think could be handled a little better: You'll want to save after pretty much every successful fight, as all bets are off as to the next one. There also seems to be an artificial variety in pickups, as most of them are items that get turned into one of 4 resources. This adds a bit of texture to the world, but also makes one wonder why you can't eat the food wrap to restore some health, even if only a little. And the intro is a *little* bit long for the exposition dump that it is. Thankfully, it can be skipped if you so desire, though it does help set the plot.

Overall, a fun little gem of a Shock-lite game.

I just finished playing TCD, and enjoyed all of it. I got a solid few hours of gameplay, but was still left wanting more. I hear there are multiple endings so perhaps I'll go back and find them. There's definitely some replay value there.

The game does a good job of describing its alternate reality, but manages to avoid lots of exposition, and the story is nicely fleshed out during gameplay. The map design is great, making me think hard about where I had to go while not requiring me to retrace my steps much. Often I felt tested, but without being frustrated.

The combat is well-balanced and there are a variety of enemies and weapons. The upgrade system augments the gameplay nicely, without dominating it, and the recycling system is super cool; I wish I got more out of it the first time. 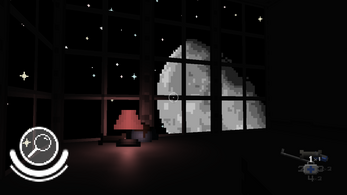 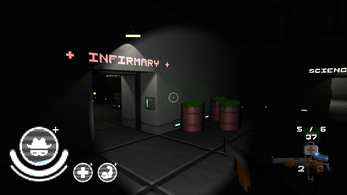 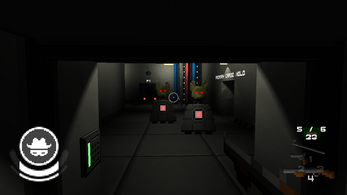 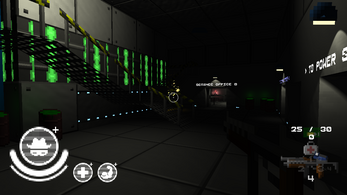 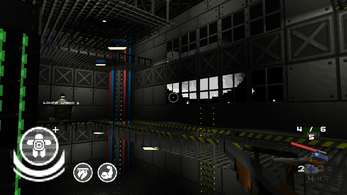 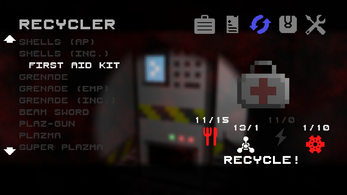 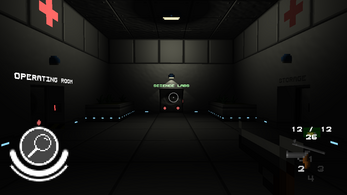